We may be small, but our experience is world class. 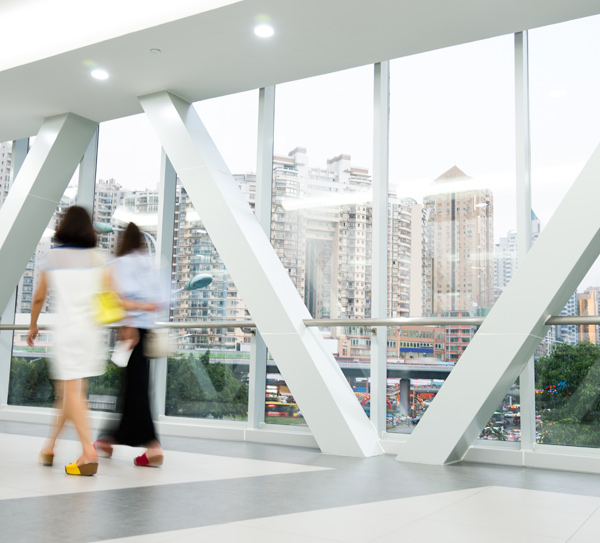 Our experiences and skills often lead to innovative solutions, but they are always contextualized by the resources, constraints and culture of each specific client. We have found that approach – plus a generous helping of common sense – results in recommendations that get adopted, implemented and benefit our clients.

Our Managing Partner, Jon Lukomnik, is one of the only people in the world who has been the investment advisor to a top ten pension fund, managing director of a top ten hedge fund, and a member of a creditors committee restructuring one of the largest frauds and bankruptcies in the world. He has advised investors with aggregate assets of $1 trillion, has served as a fiduciary (trustee or investment advisor) for more than $100 billion in institutional assets, performing hundreds of investment manager due diligences and advised Fortune 500 companies on various corporate governance and sustainability issues.

We think cross silo – we believe insular thinking engenders unanticipated problems. We understand and appreciate disciplines as varied as law, public relations, compliance, marketing, audit, and accounting, and often work with experts in those areas. But our experience and central identity as a former global institutional investor informs every analysis and recommendation we make. We remain firmly grounded in the financial markets, even while understanding the interplay between them and the wider, non-financial economy and society.

How we staff each engagement reflects our believe in customization. Board service might only require Mr. Lukomnik’s involvement. Larger engagements are serviced by customized teams. For these, we use our decades of experience to source senior-level experts and combine them to create a bespoke Sinclair Capital team, though we are careful to create a simplified reporting and accountability structure for clients. In other instances, such as fiduciary reviews of large asset owners, we join Funston Advisory Services (FAS) as a specialist ourselves. That flexible staffing model allows clients to benefit from customized expertise, without the overhead costs of traditional consultancies.

We start each engagement slowly, because we take the time to listen. Rather than jump into frenetic activity, we learn each client’s culture, constraints, market and competitors. That “slow” start quickly pays off. Deep understanding focuses effort towards appropriate solutions and avoids wasted effort; by us and by the client. The result is high-impact recommendations that are always actionable. We can think of no bigger waste of time, money and effort than a fancy consultant report that sits in a binder on a shelf or unopened in a computer file. Starting slowly helps us finish quickly and effectively.

Forbes calls Sinclair Capital LLC founder Jon Lukomnik “one of the pioneers of modern corporate governance”. He has consulted to institutional investors with aggregate assets of $1 trillion and has himself been the fiduciary for assets of more than $100 billion.

He is a member of the Deloitte Audit Quality Advisory Committee, the Standing Advisory Group of the Public Company Accounting Oversight Board, and the Board of Trustees of the Van Eck family of US mutual funds, insurance trusts and European UCITs. He is also a senior fellow for the High Meadows Institute.

Jon has served as investment advisor for New York City’s pension funds, was the executive director of the Investor Responsibility Research Center Institute, and has been a director for public companies, private companies, not-for-profit corporations and litigation trusts. He was a member of the official creditors committee which rehabilitated WorldCom following its fraud and bankruptcy,

Jon has published 200 articles in academic and practitioner journals. His most recent book is What They Do with Your Money. His previous book, The New Capitalists, was a Financial Times pick of the year.

The International Corporate Governance Network awarded Jon its Excellence in Corporate Governance Prize, the Director and Chief Risk Officers honored him with its inaugural “Exemplar” award and the National Association of Corporate Directors (USA) has three times named him one of the 100 most influential people in American corporate governance. Other awards include recognition by Ethishpere Magazine and Global Proxy Watch.

Find out how we can assist you and your business.